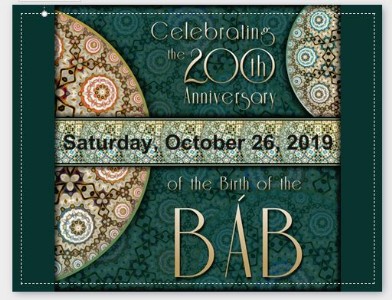 October 26 we joined Baha'is throughout the world in commemorating the 200th anniversary of the Birth of the Bab,the prophet of the Babi Faith and the herald of Baha’u’llah’s subsequent revelation - the Baha'i Faith.

Photos from the evening coming soon - please check back!

Who is the Báb?

Short video prepared by the Baha'is of Ireland